It seems to me that Trump is now solidly on lithium, and that his blood/lithium levels have reached an optimal therapeutic balance, resulting in the treatment plan’s desired effect. Lithium is psychiatry’s frontline prescription treatment for those diagnosed with bipolar disorder. Its implementation during mania is intended to bring the patient back from the brink of a full-blown manic meltdown. A side effect of reducing mania in a patient could very well include a reduction in lashing out at people who might not agree with the patient, calm racing thoughts, diminish delusional visions, and reduce ill-conceived and/or involuntary behaviors—such as incessantly tweeting.

Recently, Trump’s behavior, while not yet fully presidential, has been less like Randle McMurphy’s wardmate’s actions from One Flew Over the Cuckoo’s Nest and more like a sedated and somewhat stabilized psychotic patient. Thank God!

My personal observation of presidential lithium intake is that the president’s controllers seem to have metaphorically caged the Trump beast, stopping it from snarling at everyone and everything walking by, and they now have it, albeit intermittently, and at an audibly acceptable level, just occasionally growling. With an emergency syringe of clozapine at the ready in case lithium levels rapidly fall, I watched the president with his handlers in tow, which included neurosurgeon Dr. Ben Carson (a coincidence?), momentarily behave, although begrudgingly, in presidential fashion when he denounced the rise of anti-Semitic terroristic actions by his rabid followers after touring the National Museum of African American History on Monday, February 20, 2017 (#NotMyPresidentDay).

He even had enough self-control to not again, in the face of exonerating DNA evidence, call for the execution of the innocent Central Park Five. So that’s progress. He also did not lash out at African Americans simply because they accept DNA evidence or because of the color of their skin. It’s too bad that the president did not address black voter suppression, or that Black Lives Matter while at the museum—and save the trite, quickly uttered and therefore meaningless statement, with a wink of his eye, that anti-Semitic behavior is soooo bad, for an appropriate venue. Since his tweeting has been reduced, he could have easily used that saved time to visit any one of the recently desecrated Jewish community centers or cemeteries to insincerely voice words written by others, and forced upon him, condemning anti-Semitic terrorism by his supporters. Well, we can’t have everything . . . because where would we put it?

Further evidence of the much-needed and lingering effects of presidential lithium dosing is the president’s lack of recent attacks on the press. That’s evidence of a departure from delusional thought. Again, thank God! Again, when an atheist says “thank God” . . . you know things are bad. The president has been on TV recently, in front of the press, yet he has not attacked it. Moreover, he has not rejected facts as fake news. Again. Amen. If this keeps up, I just might convert to Islam . . . wait, he hates them . . . okay, Christianity then.

Wait! Maybe I need lithium? Nope . . . the president needs an increase, because he’s back to tweeting. This time he tweeted twitted that all the protesters at Republican town hall meetings are “so-called protesters” (paid professional protesters, according to presidential spokesperson Sean Spicer). WTF!!! I have looked and looked and looked for the application, because I need a job! But to no avail. Before the EPA is destroyed, maybe the employees should infuse our nation’s water supply with lithium. It couldn’t hurt. It just might help.

But, for sure, someone needs to inject the president immediately with that emergency syringe of clozapine and put him to bed. Dr. Carson, your appointment to HUD secretary finally makes sense.

Post Scriptum: H. L. Mencken wrote that “On some great and glorious day, the plain folks of the land will reach their heart’s desire at last, and the White House will be adorned by a downright moron.” That day seems to be here. 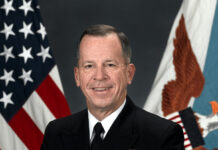