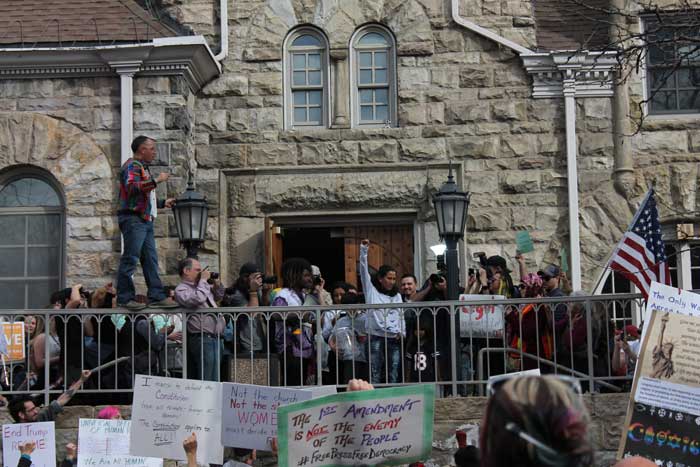 (Above Photo: Jeanette Vizguerra is forced underground—hiding in a Denver, Colorado—church to escape Trump’s ICE in a desperate attempt to remain with her family. She has lived in the US since 1997 with her four American children.)

“Come on, come on, come on, come on—this can’t be real” are words written and sang by Gil Scott-Heron in response to African Americans being slaughtered in Vietnam, during that dirty little war. Those words came slamming back to me like two freight trains crashing into each other—head-on. Gil’s words slammed into my mind and broke my heart while I was watching CNN’s report on underground homes being readied in Los Angeles (in the City of Angels) to hide immigrants from authorities.

Before the GOP’s righteous white Christians spew about the law of the land, let me say that when a law is morally bankrupt, void of humanity, it is incumbent upon the citizens of a great nation to ignore it, to break it, to fight it, and to overturn it.

“The Underground Railroad was a network of secret routes and safe houses established in the United States during the early-to-mid 19th century, and used by African American slaves to escape into free states and Canada with the aid of abolitionists and allies who were sympathetic to their cause. The term is also applied to the abolitionists, both black and white, free and enslaved, who aided the fugitives. Various other routes led to Mexico or overseas.  An earlier escape route running south toward Florida, then a Spanish possession, existed from the late 17th century until shortly after the American Revolution. However, the network now generally known as the Underground Railroad was formed in the early 1800s, and reached its height between 1850 and 1860. One estimate suggests that by 1850, 100,000 slaves had escaped via the ‘Railroad’” (see “Underground Railroad” on Wikipedia for complete article).

“Cornelia ‘Corrie’ ten Boom (15 April 1892—15 April 1983) was a Dutch watchmaker and Christian who, along with her father and other family members, helped many Jews escape the Nazi Holocaust during World War II. She was imprisoned for her actions. Her most famous book, The Hiding Place, describes the ordeal. In May 1940, the Nazis invaded the Netherlands. Among their restrictions was banning a club which Ten Boom had run for young girls. In May 1942, a well-dressed woman came to the Ten Booms’ with a suitcase in hand and told them that she was a Jew, her husband had been arrested several months before, her son had gone into hiding, and Occupation authorities had recently visited her, so she was afraid to go back. She had heard that the Ten Booms had helped their Jewish neighbors, the Weils, and asked if they might help her too. Casper ten Boom readily agreed that she could stay with them. A devoted reader of the Old Testament, he believed that the Jews were the ‘chosen people’, and he told the woman, ‘In this household, God’s people are always welcome.’ The family then became very active in the Dutch underground hiding refugees; they honored the Jewish Sabbath.

“Thus, the Ten Booms began “The Hiding Place”. . . Corrie and Betsie opened their home to refugees—both Jews and others who were members of the resistance movement—being sought by the Gestapo and its Dutch counterpart. They had plenty of room, although wartime shortages meant that food was scarce. Every non-Jewish Dutch person had received a ration card, the requirement for obtaining weekly food coupons. Through her charitable work, Ten Boom knew many people in Haarlem and remembered a couple who had a disabled daughter. The father was a civil servant who by then was in charge of the local ration-card office. She went to his house one evening, and when he asked how many ration cards she needed, ‘I opened my mouth to say, ‘Five,’ Ten Boom wrote in The Hiding Place. ‘But the number that unexpectedly and astonishingly came out instead was: One hundred.’ He gave them to her and she provided cards to every Jew she met” (see “Corrie ten Boom” on Wikipedia for complete article).

The list, sadly, goes on and on and on—come on! Will it ever stop? Will we, as a species, ever stop creating boogeymen due to our insecurities, due to our failures and our fears? Must we always blame some disenfranchised segment of humanity for our shortcomings? Must we always demonize the down and out?  Unfortunately, as of this writing, it seems so. To call a human being “illegal” is repulsive, repugnant, and it is just plain wrong— how dare us! How dare the US!

I watched CNN’s report on underground homes in L.A. with battling emotions: utter sadness and complete joy. I watched with sadness the reality that in this land of Liberty actions from the NAZI Occupation era are needed in my nation. I watched in joy, knowing that in the face of horror, a segment of humanity will always rise to fight injustice—no matter the consequences, willing to pay the price; if necessary, willing find the cost of freedom . . . and willing to lay their bodies down. Secure in the knowledge that they are on the right side of morality, on the right side of the gods, on the right side of history. Knowing that they will be vindicated on some glorious new day. 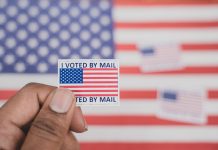 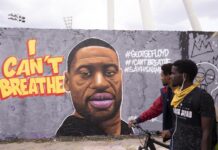 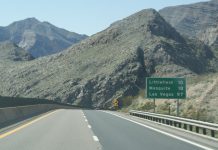 Momentarily Waylaid on I-15

“Everything is absolutely revolting and disgusting until I get on stage. Then there’s a metamorphosis . . . otherwise it’s a rat hole.” — Brother Theodore