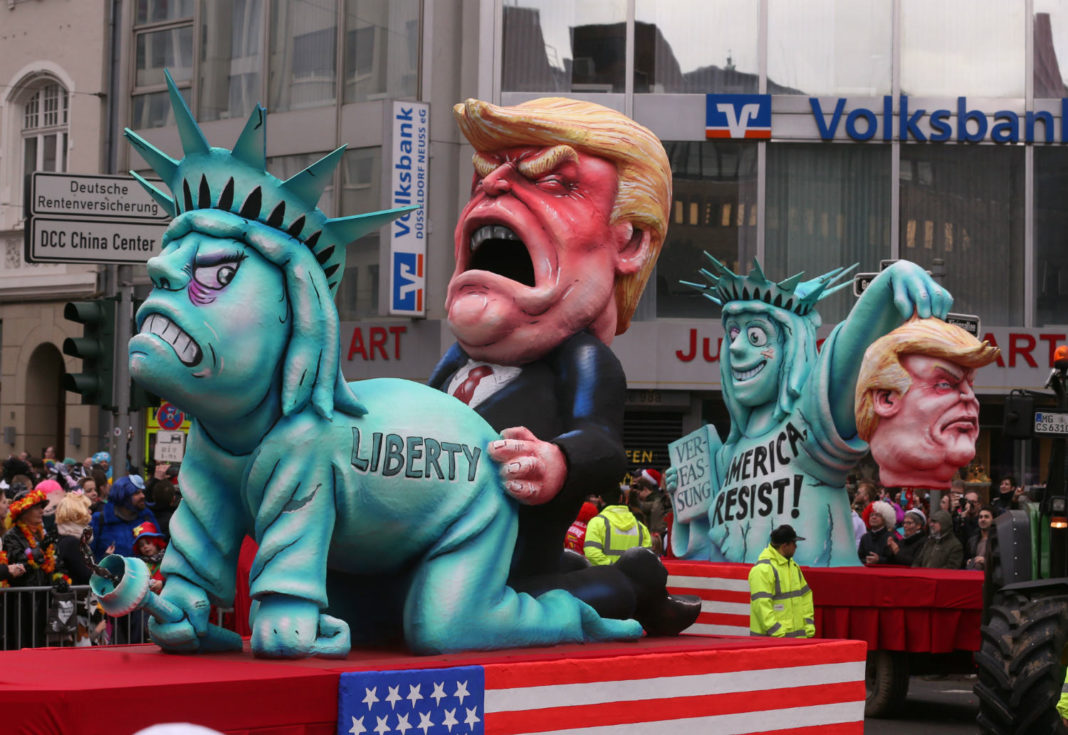 Trump’s rapacious assault on America’s democracy, on her human rights, on her institutions, and on her safeguards continues unabated. Unless things change, America’s annihilation is on the horizon. Trump the Terrible is steadfastly toiling away at taking his place next to the likes of Attila the Hun, Genghis Khan, Tamerlane, Hitler, and so many more. Unlike those conquerors and their historic conquests, Trump’s eyes are not focused on some prize on a faraway land. Rather, the land grab and riches he’s eyeing lie right here in America.

Trump’s reign at 1600 Pennsylvania Avenue, recently renamed the Slaughterhouse, will go down in history as the Great Date Rape of America. Who knew that the debilitating effects of gamma hydroxybutyric acid (GHB) could last so long, keeping his devotees drugged, vulnerable, and delusional?

The real questions are just how in the hell did the Predator in Chief get his tiny hands on enough GHB to dose so many voters in key battleground states? And how in the hell did he slip it into their water supply? Those are dangerous questions. Murky questions. Whose answers undoubtedly lie at the bottom of Trump’s swamp, right next to his tax returns, right next to Putin’s videos of a randy Trump (see my article “They Were Waiting for a Savior to Rise—They Had to Settle for Trump, a Devil in Disguise”).

Perhaps the Congressional Trump-Russia investigation, if it ever gets pure patriotic and bipartisan support, will provide answers. It’s our only hope of filing rape charges against Trump the Terrible. That, or if some heroic woman or gallant girl comes forward with visual and/or audible evidence unequivocally proving their terrifying stories of Trump’s tiny fingers being forced upon them. Forthcoming women would face grave danger and ridicule from the GOP Right White Christians. Ultimately, though, they’d join the ranks and take their righteous place alongside other great female patriots. Ladies, we’re counting on you. We’re calling on you similarly to the way the Kinks’ song “Catch Me Now I’m Falling” pleaded for help for America by singing: “Now I’m calling all citizens from all over the world. This is Captain America calling . . . Help me now I’m calling you; catch me now I’m falling.”

With the top lawman in the land being a Southern Trumpinite, the racist, misogynist, voter suppressionist, and now perjurious Jefferson Beauregard “Jeff” Sessions, it’ll be one hell of a battle getting Trump the Terrible indicted for raping America. The attorney general is now, after all, the government’s lawyer—not ours. Sessions finally got around to clarifying his false testimony before Congress. He had lied in both written and verbal formats. Sessions’s response to Senator Al Franken’s verbal question that placed the attorney general in hot water, forcing him to recuse himself from further Russian-Trump investigations, transpired as follows:

“At [Sessions’] Jan. 10, [2017], Judiciary Committee confirmation hearing, Sessions was asked by Sen. Al Franken (D-Minn.) [under oath] what he would do if he learned of any evidence that anyone affiliated with the Trump campaign communicated with the Russian government in the course of the 2016 campaign,” the Washington Post reported.

The Post quoted verbatim Sessions’s answer to Franken’s inquiry: “I’m not aware of any of those activities,” he responded, adding: “I have been called a surrogate at a time or two in that campaign and I did not have communications with the Russians.” As the Washington Post headline exposed, “Sessions met with Russian envoy twice last year, encounters he later did not disclose,” forcing Sessions’s recusal from future involvement in the stalled Russian-Trump investigation.

I reported on this matter in my article “Nurse Ratched Is Returning—the Party Sessions Are Ending (Jeff).”

Sessions clarified his untruthful answer—in hopes of avoiding a full-blown investigation into his lie(s)—with this written explanation:

“My answer was correct . . . I was surprised by the allegations in question, which I had not heard before. I answered the question, which asked about ‘a continuing exchange of information during the campaign between Trump’s surrogates and intermediaries for the Russian government’ honestly,” Sessions said. He did not believe Senator Franken had asked him to disclose any contacts with Russian officials. “I did not mention communications I had with the Russian ambassador over the years because the question did not ask about them,” reported the Washington Examiner.

Trump the Terrible’s extemporaneous plans for making America great again are rapidly falling apart, failing, and being exposed as childish and ill-conceived flippant utterances. From his health-care plan (now known as Obama Care Lite 2.0), to his Muslim ban, to the Great Southern Wall, to keeping America safe from bogeymen by mass deportation of nonwhites and hiring an additional 500 border patrol agents and 1,000 more Immigration and Customs Enforcement (ICE) officers, which will be funded in part by cutting the budgets of the Coast Guard (think about those two words and realize what they mean—protecting America) to cuts to the Transportation Security Administration (again, cuts to current protections), and cuts to FEMA. Then there’s Trump’s unsubstantiated claim that President Obama tapped Trump’s wires at Trump Tower in New York City.

“The Coast Guard’s budget would be pared by $1.3 billion, and spending for the Transportation Security Administration and FEMA would get sliced by $900 million, according to the Washington Post, citing a draft proposal in front of the Office of Management and Budget [OMB],” the New York Post reported.

Now, it should be understood and crystal clear why my new moniker for President Trump is apropos: “Trump the Terrible—the Tyrant That Keeps on Raping America.” Whatever you do, Donald, once you’re imprisoned, don’t drop the soap!

Postscriptum: this article is dedicated to the brave women, patriots each, who came forward with their frightening stories of Donald J. Trump and his attempted sexual assaults: Summer Zervos, Temple Taggart, Jessica Drake, Rachel Crooks, and Gloria Allred (for her representation of these brave patriots). Thank you! 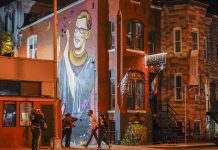 “True patriots love their country enough to confront its government and fight for it to change its evil ways.” — John R. Hall