Home About Hunting For Thompson

About Hunting For Thompson 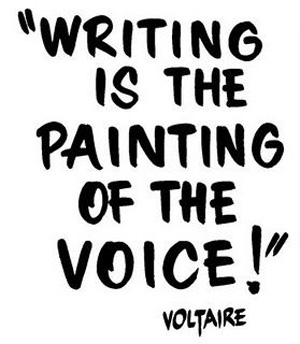 MISSION STATEMENT: To entice and incite discourse while defending the First Amendment. The unfulfilled promise that we are all created equal and have certain inalienable Rights only stands to see fruition if we remain vigilant and protect our Rights. Chief among them is the First Amendment to the Constitution of the United States of America. We shall do our part and stand with whoever stands guard over it.

Hunting For ThompsonTM (HFT) is an idea, a play on words, that had been entertained many, many times, but always put back in the ammo box.

On November 11th, 2016, HuntingForThompson.com was finally shot out of its cannon and into the light of harsh reality as a result of the 2016 general election, and of Donald J. Trump’s rise to the presidency of the United States of America.

Complete catharsis demanded that something more than, “Oh my God, how could this have happened?” be done. So here it is . . . brought into the world kicking and screaming, wailing at the top of its lungs.

It probably would have been birthed if she/Her was elected (the queen-in-waiting, Hillary Clinton). But with less fear for our future, with less concern that basic human rights earned through bloodshed would have to be earned again. We had horrid choices in the 2016 election cycle. Let us resolve among ourselves that never again will America see such flawed candidates. We just have to hunker down and pray that better days are a-coming.

In honor of the late author and journalist, Hunter S. Thompson, Hunting For Thompson.com’s goal is to be a platform for journalistic integrity, socio/political commentary, musings, general observations, and whatever else strikes our fancy; from politics to advertising, from social engineering to disenfranchisement, from this to that. We may lean Left, but without a Right now and then, we’d just be going around in circles. So we invite all to the platform so long as there is no attacking of authors; challenging their views is fine and dandy (simply hunky-dory) and is greatly welcomed.

We aim to cast a blinding spotlight on overlooked concepts and truths. We intend to turn up the heat, and hopefully get that frog to jump out of the pot before the water starts to boil. Naturally, we are going to piss some people off along the way, but in the end we hope to inspire. To keep moving. To never stop—and to never let the bastards slow us down. No retreat—no surrender.

Hunting For Thompson.com will be accepting submissions as well. If you have something to say, we want to hear it. We want to share it. We will never try to claim your work as our own. And if requested, we will encourage you, we will work with you, we will assist you to ascend upon your soapbox and speak, and thereby be set free.

We will also pay you the same amount that we currently earn for our own articles. Hint: it currently involves a lot of zeros. Both before and after the decimal point. How can you resist? Head on over here to begin.

And now, on advice of counsel, we respectfully hereby invoke our Fifth Amendment Right.

“You all come to us young people for hope. How dare you!” — Greta Thunberg